Myth-busters! Is Email Marketing Dying in 2018?

Whether you’re new to the frenzied world of email marketing or as a professional trying to test your adroit, this article has some cool facts. As with any human activity that is common and crucial to a cause, email marketing as acquired itself some lingering myths about how it all works. We researched well into the depths of the issue and came up with three that really baked our noodle. Aside of being fun, these might also change the way you view email marketing once and for all.

We’ll start by flinging a link at you. This cool website records a real-time count of google searches, tweets, Facebook likes, YouTube views, Blog posts, and of course, Emails, sent in one second since you press a button. We did it, and our minds were blown: 55892 Google Searches, 128,329 YouTube views, and… 2,512, 502 emails. In one second. Take a moment (or the rest of your life) to think about and fathom that statistic. 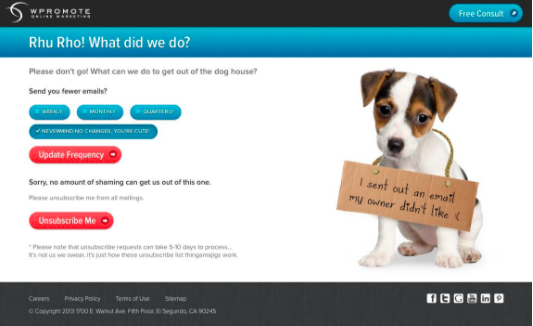 On the face of it, people leaving your subscription might seem sad. It might make you feel abandoned and unloved… but think about it, is it really that horrible? If someone has taken the trouble of finding out that unsubscribe option and going through the procedure of opting out, it’s more than likely that they will never ever avail your service. Why do you even want to send regular emails to somebody who’ll just get pissed off at them? Marketing professionals don’t do that, annoying ex-partners with OCD and an overwhelming amount of free time do.

The email marketing websites that champion themselves on the basis of their low unsubscribe rates are wrong. Think about ways to reach out to customers who are actually interested in your product through scientifically and statistically proven means instead of basking in the complacent high of a big subscriber list. Speaking of which…

In 2015, a report published by Blue Hornet startled email markers with the statistic that content of an email matters less than what people claimed it to. You can download the report here. All this while you were researching day in and day out to find out informative and intriguing content for your newsletter? Yeah, it turns out that only 20 per cent of your subscribers actually take the time to read it. The truth is mind-numbingly simple – over 80 per cent of users who click on a marketing email are looking for discounts, not enlightenment. What were we thinking?!

Hence, it’s a better idea to appeal to a user’s sense of value. Offer the occasional discount coupon and sales drive that would lure your viewers into checking your newsletters frequently. Amazon does it, and have you seen them lately? Probably not, since they’re off the charts.

If you’re struggling with your email marketing campaign, you should write to us. Just share existing emails, and we’ll tell you where you’re going wrong. And since it’s always so much fun criticizing others’ work, we’ll do the first consultation for free!

Write to us now: contact@contentninja.in

Shriya is the co-founder and CEO at ContentNinja. She started her first blog when she was 12 years old, and coded her first website by the time she was 14. An avid reader and writer, she published her first book when she was 16 years old and has sold over 10,000 copies since. When she's not fielding client calls, Shriya can be found cleaning cat hair from her clothes.

Text vs HTML Emails – What is better for email marketing?

How To Approach Editing & 4 Tools To Help You At It