The TinyMCE WordPress editor hasn’t had many updates, and for the most part, remained pretty much the same through the years. Which wasn’t really a bad thing, but *apparently* some people thought it’s time for a change. Inspired by other blogging platforms like Medium or Ghost, WordPress, too, decided to jump on the bandwagon of <s> “providing a unique and refreshing experience to writers”. </s>

Jokes apart, WordPress, in an attempt to evolve into a platform that makes adding rich content simple and enjoyable, rolled out the latest update – WordPress 5.0. Also known as Gutenberg – after Johannes Gutenberg, the man who revolutionized printing press more than 500 years ago – this update claims to change the way you create content through WordPress.

You’re no longer presented with a TinyMCE editor, which used to look something like this: 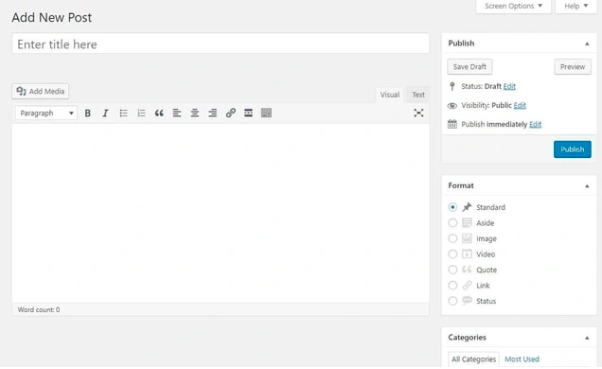 But not good enough, I guess.

Instead, we now have a block editor, AKA the Gutenberg editor, that is a major change in terms of the layout, looking something like this: 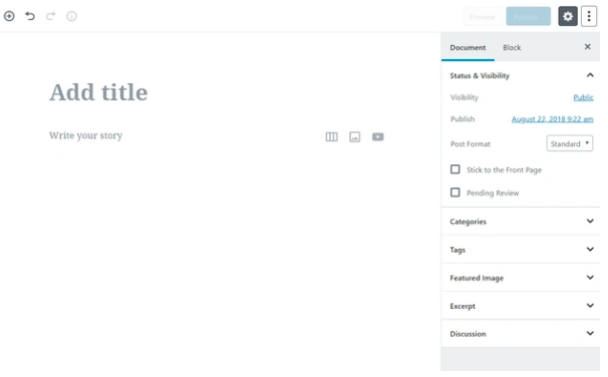 The update is way more than just an aesthetic one, though. The Gutenberg editor completely changes the editing experience by moving everything to a block-based approach (more on what blocks exactly are in a while!).

While the current focus is on content creation, the eventual goal is to have the Gutenberg block editor “go beyond the post into page templates and ultimately, full site customization.”

That means, eventually, you’ll be able to create complete websites using blocks, including landing pages and other important stuff.

What are blocks exactly?

For example, you can have blocks for:

And what’s neat is that developers will be able to create their own third-party blocks that you can access via plugins for even more flexibility.

Each block is its own entity that you can manipulate on an individual basis. For example, here’s a quick Gutenberg post that contains two blocks: 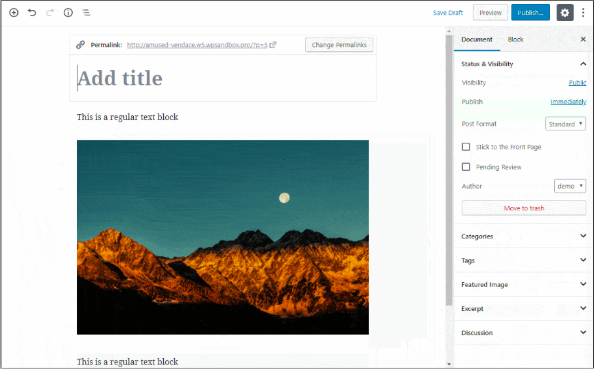 Let’s take a complete look at the new editor: 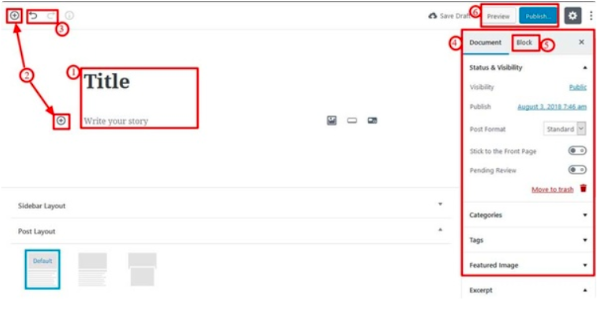 Using the block selection option, you can pick blocks as per your need and simply drag them to the working area. This is a delight especially for bloggers/writers or other people with limited knowledge of HTML/CSS.

Although being hailed as game-changing, it should be kept in mind that the update is still in its beta phase (and very honestly, it shows – but more on that below). According to WordPress, it’s not recommended to run this version on production sites – at least not until the update gets 100,000 active installs. This makes a lot of sense, as this will work out a number of bugs and issues, and allow them to update to a much superior version of it.

But from whatever we have in front of us till now, let’s see…

While all of that is true, it should be kept in mind, that…

…all that glitters is not gold…

We’ve talked a lot about the revolutionary block-based approached. Now, for a second, let’s look beyond the benefits it offers and see where it fails drastically (throwback to when we said it’s still in beta ).

To many WordPress users (including us), this update reflects a mixture of  “innovating without thinking” and “we force you to change your habits because we can” attitudes.

The new WordPress editor and the way it was introduced reflects something not many people speak about – the complete dumbing down of things we mostly use. This is especially bothersome to WordPress developers as they’ll be forced to completely change their workflow to suit the new editor.

It clearly seems as if these developers were not even considered when WordPress was formulating the update. As developers ourselves, it feels like the target audience for this update (or the beta version of it) seems to be some teenaged two-finger-blogging about something important and dragging-and-dropping something in order to illustrate the ironically important while texting, YouTubing, reading some news, and also updating Facebook and Instagram feeds with the fact that he’s writing a new article – with a selfie in any mirror-like surface.

There’s a fine line between what-you-SEE-is-what-you-get and what-you-MEAN-is-what-you-get. The previous updates of WordPress belonged more to the latter category, and in all honesty – it was okay, and no (habit or software) breaking accompanied the previous versions.

One of the biggest challenges with using this editor is that you think you’re working on a single document – but Gutenberg thinks otherwise. This new editor doesn’t let you treat your post as a single entity. EVERYTHING, here, is a block – paragraphs, images, texts, headings, everything!

Speaking simply, people who write content prefer writing their thoughts as texts, not blocks, elements, bricks, or whatever. They don’t want it sticking in an area that contains that contains drag and drop elements of media in a very bad, medieval compiler-like setting. 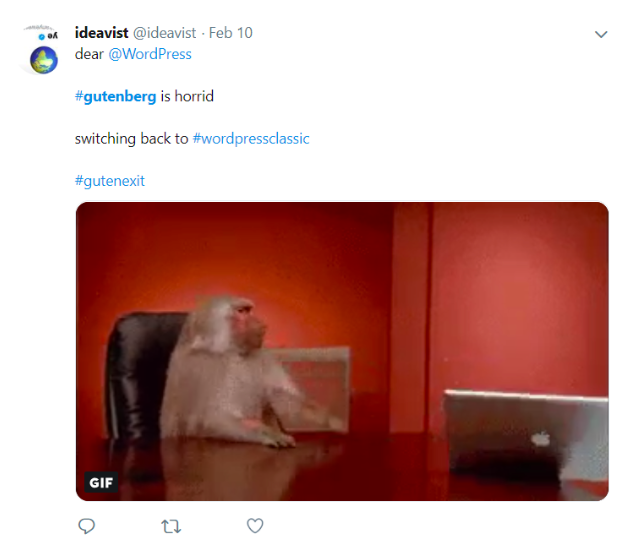 Most WordPress developers won’t appreciate a new tool replacing something they already liked and were used to. Moreover, a number of plugins, text macros, responsive design embedding, and other elements that developers had already worked on for the previous versions of WordPress will be almost obsolete. It’s almost like waking up one day to see nothing works because some hipsters introduced something they think is cool.

This might get a bit uncomfortable for the uninitiated. 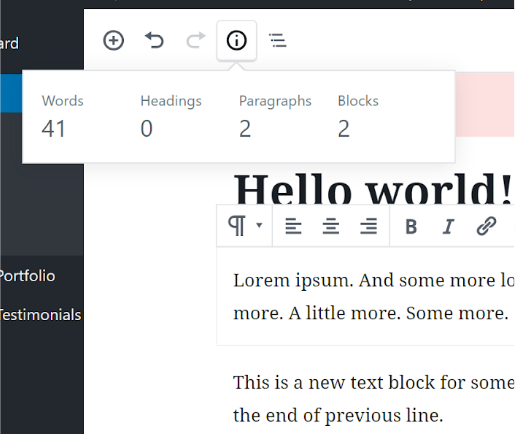 Again, this feature is anything but intuitive and makes us want to reiterate the point we mentioned regarding dumbing down things.

One day, when it’s out of the beta phase – after the required number of active downloads – and all the minor bugs have been fixed, we might have what the update claims to give us. But until then, the new editor will continue to be a major headache for bloggers and developers alike. Especially for those who’re comfortable with working on the previous editor.

Luckily though, there’s a plugin that allows you to revert to the classic WordPress editor. So, if you’re like us, you’d probably want to work with this editor till all the issues of the Gutenberg editor are completely resolved.

Tell us what do you think of the new Gutenberg update in the comments section below or email to us at contact@contentninja.in if we’ve missed something.

The Best of the Best: 10 year challenges, and how brands played the meme game

Humans Over Inboxes. Cracking the Personalization Code for Email Marketing